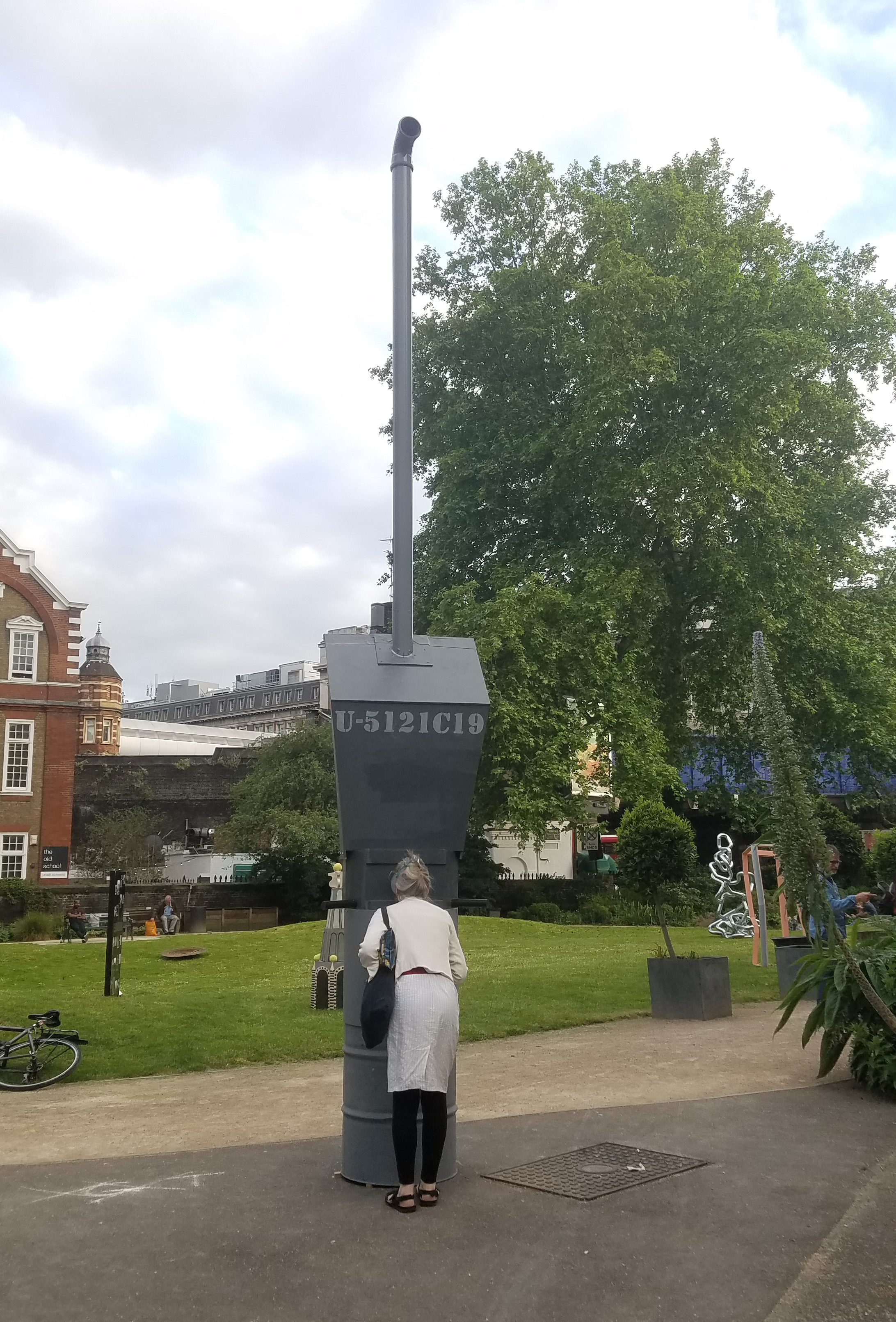 Coming up for air they thought that things would be as they had left them. 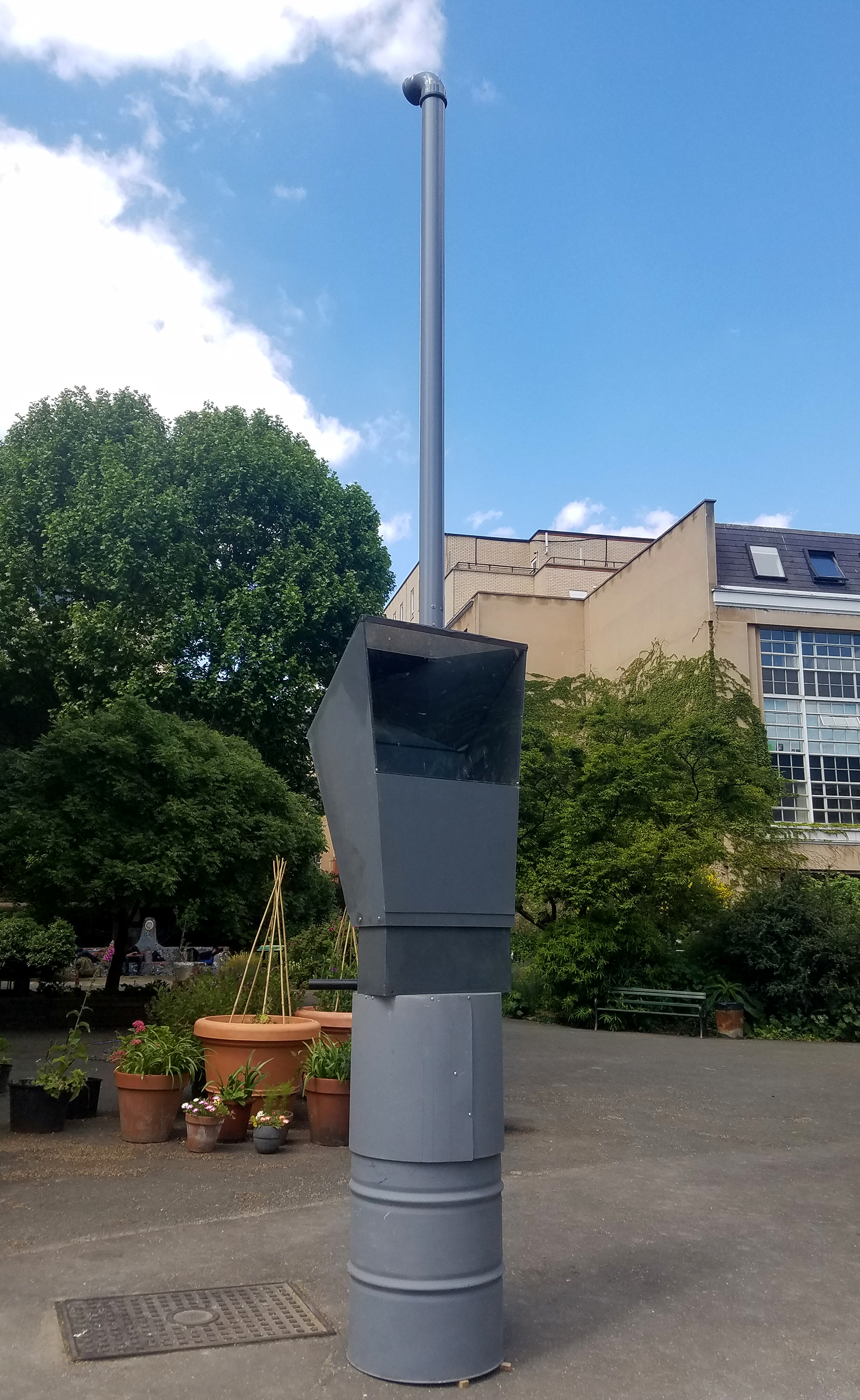 This site specific work developed on musings of the exhibitions theme 'coming up for air'. It evolved through several transformations and eventually arrive in the form you see it now. I had been thinking on the parallels of the Festival of Britain in 1951 and how they were emerging from the war and now as we (hopefully ) emerge from the Covid plague 70 years later. Perhaps a wartime submarine that did not know the war was over. There seems to be two groups emerging from Covid - those who want to return to how things were before and those who will embrace the changes and see things as they are (now) . This piece contemplates whether things are ever the same as they were and celebrates the present moment.
As you look through the periscope you see the world shrunken by 500% and people only 40cm tall. (The viewers eyes are made to look from 6 times further apart than the usual 6cm which causes everything to seem 6 times smaller than usual (a technique know as Hyperstereo). Indeed 'Things look different now'.